Have you ever enjoyed a high-quality English Bitter and wished that you could crank up the intensity? If so, a glass of Bloodshot Red from the Angus Brewery is what you were craving. This is an amber beer that is classified as an Extra Special Bitter, but it doesn’t have the hop intensity that you would expect from a bitter American beer.
The aroma has a caramel core swirled with floral, citrus and pine notes. While the Centennial and Warrior hops make a strong appearance in the flavor, it’s the combination of Extra Special, Canadian Two-Row and Canadian Wheat malts that give the flavor profile its intensity. The malts are just perfect for an adult beverage brewed in honor of Bloodshot Records.

END_OF_DOCUMENT_TOKEN_TO_BE_REPLACED

Leave it to the Spider Bite Beer Company to make you beg for another stiff bite. They created Boris the Spider with six malts and a single hop variety, but don’t let that mislead you. Just as a spider can jump from the shadows and take prey by surprise, the bitterness in this Russian Imperial Stout may deliver an unexpected rush. Millennium hops are used to introduce an herbal spice character that isn’t quite tamed by the background of malty sweetness. Boris the Spider pours an intense black and is topped by a hearty mound of dark foam. The aroma jumps from the bottle with a complex mix of chocolate, caramel, coffee and a light toasted quality. With an ABV of 11.2 percent, you will feel Boris bite.

END_OF_DOCUMENT_TOKEN_TO_BE_REPLACED

If you like a good Pale Ale but wish that you could take the malts down a notch at times, try to get your hands on a cold glass of 420 Extra Pale Ale from the brewers over at Sweetwater. It’s a light and breezy spin on a west-coast style American Pale Ale, and the Cascade and Centennial hops are given just as much room to shine as the Midnight Wheat, Munich, Wheat and Two-Row Pale malts. It pours a light golden color with slight haze, and the aroma will grab your nose with intense citrus and floral hop notes. Those notes carry through to the flavor, and you can expect slightly sweet malts to get in on the action as well.

END_OF_DOCUMENT_TOKEN_TO_BE_REPLACED

Spinning in circles may typically leave you dizzy, but the Fish Brewing Company is turning it all into fun. Vicious Circle has become one of the brewery’s most popular red ales. Perhaps that’s because they allow the Cascade and Herkules hops to take a more dominating role than is expected from most American-style red beers. The recipe also calls for a blend of six malts, and the final product is a well-balanced brew that may make spinning in circles rewarding. The Vicious Circle experience starts with a burst of light tan foam rising to the top of your glass. That is followed by a complex aroma that balances floral and citrus hops with a subtle fruity sweetness. You can expect the same balance from the flavor along with a bit of fizz.

END_OF_DOCUMENT_TOKEN_TO_BE_REPLACED 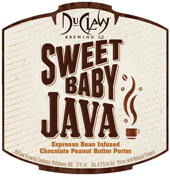 If you’re tired of coffee beers that are more coffee than beer, you may fall in love with Sweet Baby Java. It’s a satisfying beer with well-balanced hop bitterness and malty character, so it could stand on its own even without the infusion of coffee and the addition of peanuts. The recipe involves cold-steeping whole espresso beans, but many would argue that the malts and hops are what make it noteworthy. Expect an explosion of Golding and Fuggle hops along with highlights of six quality malts, including roasted barley and chocolate. It all comes together to create a Porter worthy of your most delectable desserts or your most rewarding morning wake-up call.